Professor Christopher Denton PhD FRCP, Royal Free Hospital and Division of Medicine, University College London (UCL), UK. Professor Denton studied medicine at Guy’s Hospital in London and obtained a PhD from University College London and trained in rheumatology and medicine in London. Following a Wellcome Trust Advanced Fellowship in molecular genetics at the M.D. Anderson Cancer Center in Houston, USA he was an Arthritis Research UK senior research fellow 2000-2010. He is professor of experimental rheumatology at UCL and a consultant rheumatologist at the Royal Free Hospital in London. He has published extensively on laboratory and clinical aspects of connective tissue disease. He leads a large clinical and translational research programme in scleroderma at the Royal Free Hospital and co-ordinates multidisciplinary care for more than 1500 patients. He currently chairs the UK Scleroderma Study Group (UKSSG). He delivered the BSR Heberden Round at the rheumatology conference in Birmingham, 2017. He is associate editor for Arthritis Research and Therapy, advisory editor for Arthritis and Rheumatology and previously served as president of the Scleroderma Clinical Trials Consortium (SCTC) and a counsellor and treasurer of the EULAR Scleroderma Trials and Research Group (EUSTAR). He is a member of the NHS England Clinical Reference Group (CRG) for specialised rheumatology and Versus Arthritis RAG lead for autoimmune rheumatic diseases.

Karim Raza is professor of rheumatology supported by Versus Arthritis at the University of Birmingham, UK. He qualified from Oxford in 1993. From 2000-2003 he worked as an Arthritis Research UK clinical training fellow studying the regulation of leukocyte apoptosis in early inflammatory arthritis. Following the award of a PhD, he was appointed as senior lecturer and honorary consultant in rheumatology in 2004, was promoted to reader in 2011 and professor in 2013. His research focuses on rheumatoid arthritis addressing pathogenic mechanisms, biomarker development and strategies to enhance clinical outcomes for patients with a new onset of disease. Specifically, he is interested in: 1. Mechanisms driving the molecular basis for the switch to disease persistence and the timing of this switch in early arthritis. 2. Predictors of outcome in patients with early inflammatory arthritis. 3. Novel anti-inflammatory mechanisms that may be useful in the control of persistent inflammation, including vitamin D and endogenously generated glucocorticoids. 4. Management pathways for patients with early rheumatoid arthritis, including the development of strategies to facilitate rapid patient assessment. 5. Perspectives of patients and members of the public about RA and the concept of ‘risk’ in relation to RA to facilitate informed engagement with predictive and early treatment strategies.

Professor Anisur Rahman qualified from Oxford in 1988 and trained in rheumatology in London. He obtained my PhD for research into the molecular properties of autoantibodies that cause tissue damage in systemic lupus erythematosus and the antiphospholipid syndrome and began to build up his own research group in 2000 when he was appointed as a senior lecturer at University College London. Professor Rahman was awarded the Michael Mason Prize for this research by the British Society of Rheumatology in 2004. He was promoted to a personal chair in rheumatology in 2008. As well as continuing his basic science research Professor Rahman has developed clinical research programmes in autoimmune rheumatic disease and chronic pain. As a member of both the British Isles Lupus Assessment Group and the Systemic Lupus International Collaborative Clinics he is involved in large multi-centre research projects in the field of lupus. Professor Rahman’s basic science group is developing a potential new therapeutic agent for the antiphospholipid syndrome. 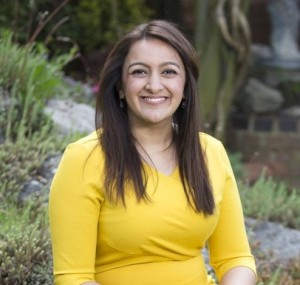 Sonia completed her undergraduate medical training at the University of Liverpool and trained in general (internal) medicine and rheumatology in the East Midlands. She developed an interest in the quality and effective delivery of medical and educational leadership development. Sonia was a National Medical Director’s Clinical Fellow leading on national projects through the Academy of Royal Colleges and Health Education England. She was a Leadership Clinical Fellow at Health Education East Midlands. Her work included the design and development of the East Midlands Leadership and Management Programme for trainees and she was responsible for leadership faculty development. Sonia completed a Masters in medical leadership and an advanced certificate in clinical education. She is a MRCP(UK) examiner. Sonia is a member of the BSR & BHPR guideline group on prescribing drugs in pregnancy and breastfeeding and has served as a member/chair on BSR committees.

You need to be logged in to view any sessions.

Professor of rheumatology, University of Birmingham